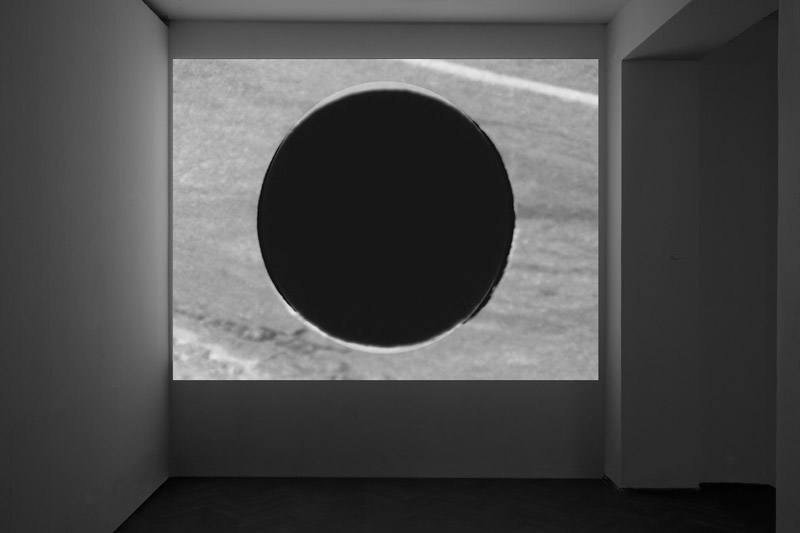 Does the matter of film matter?

Matter is the wound of the work.

This is a story about disappointment with the material.

Assuming that “matter” is something between a thing and representation, Film Matters examines the dialectics of the two titled matters – including negotiation between the double meaning of the word – material and content.

With the participation of non-filmic and filmic artists it attempts an overview of the critical and conceptual gestures of disappointment with material, presenting works in which form is reduced or minimized to its matter, and approached from unusual points of departure.

All of the films in the exhibition keep their distance from the formal apotheosis of filmic language (they are anty-filmic or even pickled in a jar), revealing filmic traps, holes and wounds, with a special interest in the material and performative potential of destruction and reconstruction. At the end of the story is the oldest and funniest film in the exhibition from 1963: Mel Brooks’ and Ernest Pintoff’s Oscar-winning animation The Critic constituting the unique marriage of a spectacular formal victory and its total failure.

The Arsenal Gallery exhibition is the second edition of the show that took place at the Beton7 Center for the Arts in Athens, Greece in May 2010 – and extends it with works by Union Gaucha Productions (Karin Schneider and Nicolás Guagnini). Pieces by Tony Conrad, Liam Gillick, William E. Jones, Silvia Kolbowski, Union Gaucha Productions and Jeff Preiss, which constitute the exhibition, are presented in Poland for the first time.